In 1993, the caretakers of a Tibetan Buddhist temple in the Big Island’s Wood Valley risked their lives to smuggle an eight-year-old boy out of occupied Tibet. He was the reincarnation of Nechung Rinpoche, a high-ranking lama who had been imprisoned by the communists after their 1950 takeover of Tibet and who later became the couple’s beloved teacher at Wood Valley Temple in the 1970s and ‘80s after the Tibetan diaspora. Collaborating with a cadre of brave Tibetans and Tibetan monks, and with blessings from the Dalai Lama, the couple located the child in Lhasa, snuck him through numerous checkpoints into Nepal, then took him to the Dalai Lama’s government-in-exile compound in Dharamsala, India. To fulfill this mission, they had to evade or outmaneuver the Chinese secret police and cajole various Chinese and Nepalese authorities. Along the way they received compassionate help from numerous strangers and uncanny assistance from Tibetan Buddhist deities. Photos courtesy of Marya Schwabe. 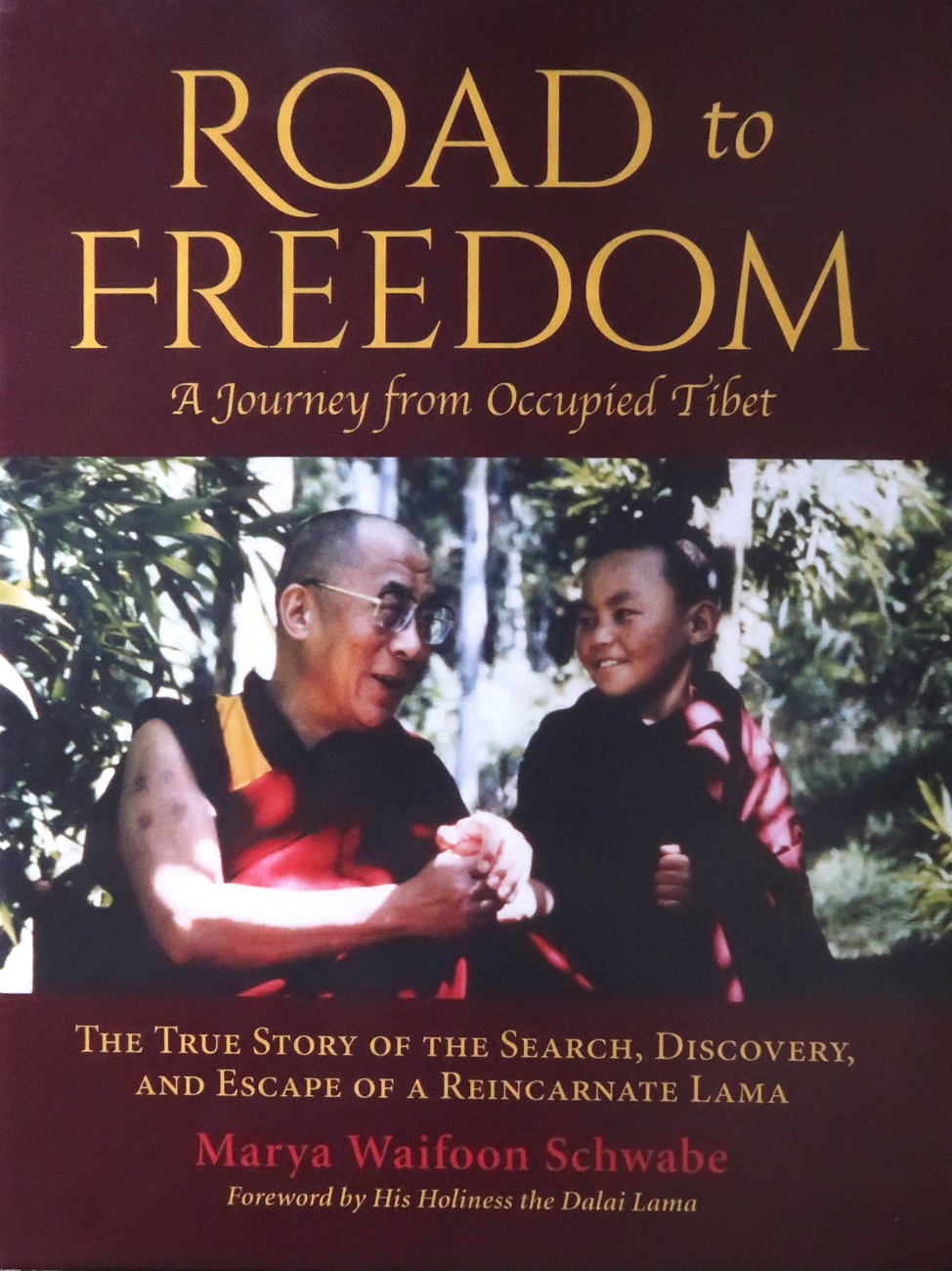 Sound like fiction? It’s not, and you can enter that real world by reading Road to Freedom: A Journey from Occupied Tibet by Marya Waifoon Schwabe, a recently published memoir by one half of this extraordinary Wood Valley couple.

Their experience demonstrates that even in a world filled with seemingly insurmountable obstacles, amazing things can be accomplished if you have courage, wits, faith, comradeship, and occasionally a sense of humor to keep your bearings.

Beautifully written, with a foreword by the Dalai Lama, Schwabe’s intimate page-turning account takes us on three journeys into occupied Tibet. The first is a 1987 reconnaissance trip to establish contacts, participate in sacred ceremonies at monasteries and temples in Lhasa and elsewhere, make arduous treks to visionary lakes high in the Himalayas, and then report back to the Dalai Lama at his Dharamsala compound. On a second trip, in 1993, they assessed potential dangers from six more years of political change and revisited routes in and around Lhasa. Returning later that year, armed with information from Tibetan oracles and the Dalai Lama, they and their Tibetan compatriots located the reincarnate lama, secretly met with his parents to gain their permission to take him to the Nechung monastery in Dharamsala, and smuggled him out of the country.

The beautifully designed book, replete with dozens of color photos from the journeys, along with rich Tibetan artwork, also includes, for helpful context, brief sections on Tibetan traditions—particularly the reincarnation of lamas—and the histories of Nechung Rinpoche and the Chinese occupation of Tibet. An epilogue brings the story up to date, describing what the reincarnate lama has been doing since his escape.

Nechung Rinpoche offering flower leis to the Dalai Lama at Wood Valley Temple in 1980. Marya and Miguel Schwabe are standing behind the two holy men.

This timely memoir is a superb and inspiring read that will appeal to broad audiences, both here in Hawaiʻi and across the globe. Road to Freedom offers an intimate glimpse of occupied Tibet that’s rarely available to outsiders and poignantly illuminates the struggles of this indigenous people to preserve their culture, traditions, and way of life in the face of increasingly destructive colonialism. Readers in Hawaiʻi will especially appreciate the Big Island connection to the story, and Native Hawaiians and other keiki o ka ʻaina will readily recognize the colonial parallels of this story with that of Hawaiʻi, whose indigenous people have also been displaced through military, political, and economic occupation. I highly recommend Road to Freedom: A Journey from Occupied Tibet. 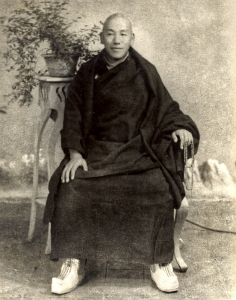 Nechung Rinpoche in Lhasa in the mid-1940s.

Nechung Choktrul Rinpoche at the Maui Dharma Center in 1994.