“To be an artist means to never avert one’s eyes.”

Before Tom reached Polynesia and began seriously writing fiction, he was already an accomplished writer. His early and subsequent nonfiction work reflects a constellation of themes—appreciating and protecting nature, fostering harmony among people, respecting diverse cultures, and illuminating complex social and political issues.

This work has appeared in various forms—from university publications and newspaper commentaries to National Park Service exhibits and award-winning videos.

Want to read some of Tom’s nonfiction work? 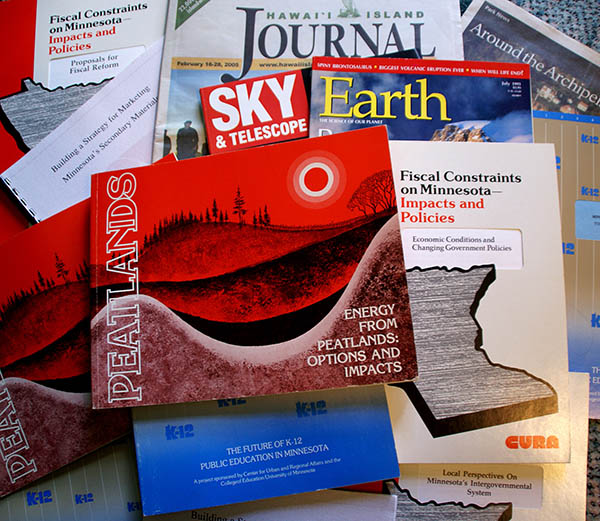 For almost a decade (1979 – 1987), Tom wrote public policy studies and scholarly articles for the University of Minnesota’s Center for Urban and Regional Affairs, first as a graduate student at the University’s Hubert H. Humphrey School of Public Affairs and then as a regular CURA staff member. These data-based analyses tackled a number of controversial issues facing Minnesota, including energy and environmental problems, K-12 educational reform, and state and local fiscal policy—studies that influenced the debates and often sparked legislative and administrative changes.

Because of this work—and the sustainability focus of his master’s degree and political involvement—in 1984 Tom was invited to attend the Salzburg Global Seminar and in 1985 to share, as a visiting professor, his policy analysis methods with planning students and faculty at the Queen’s University of Belfast in Northern Ireland. 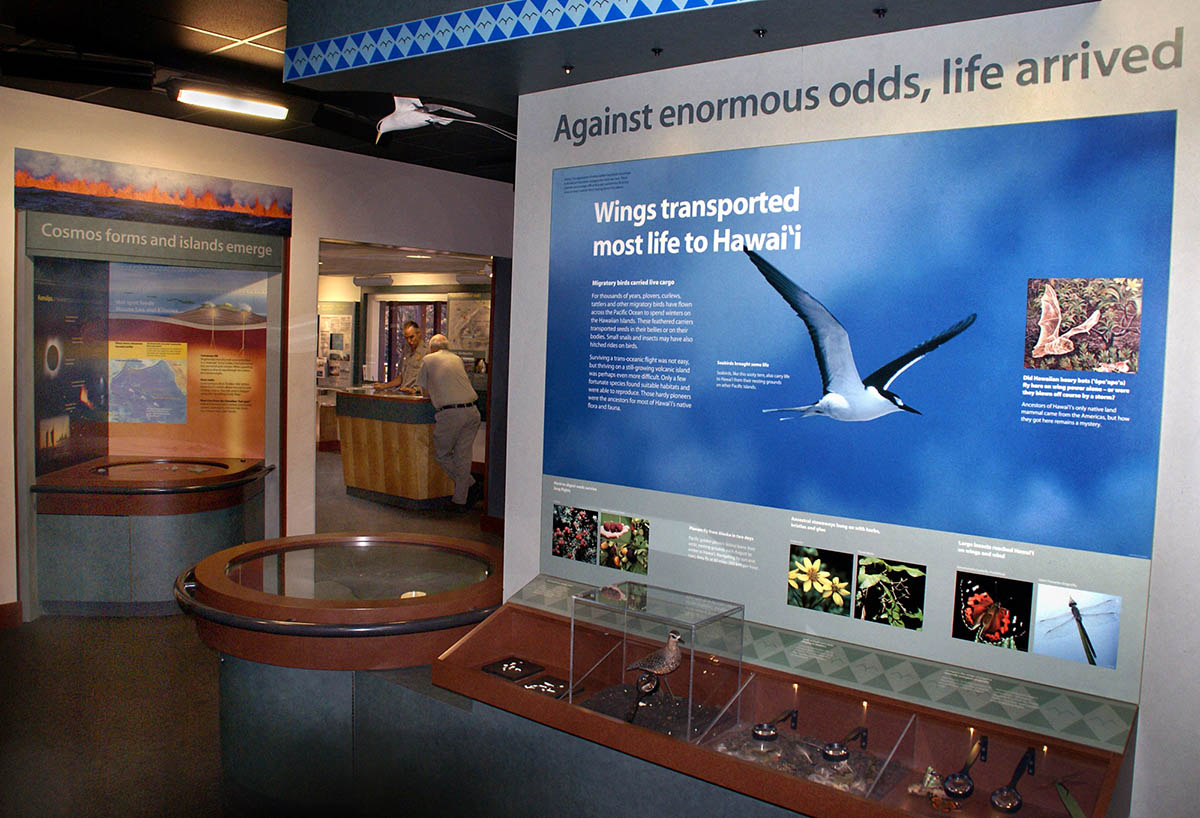 Some of the scientific and cultural exhibits Tom helped design and write for the Kilauea Visitor Center in Hawaiʻi Volcanoes National Park.

For two years (2002 – 2004) Tom served as the primary writer on a team that created new exhibits for the Kilauea Visitor Center in Hawaiʻi Volcanoes National Park. The park includes vast portions of two volcanoes sacred to Native Hawaiians—Mauna Loa and Kilauea. Central to Tom’s job was serving as a liaison among NPS rangers, administrators, scientists, a committee of Native Hawaiian employees and an advisory group of esteemed Hawaiian elders, all of whom guided Tom and the team on the exhibits. 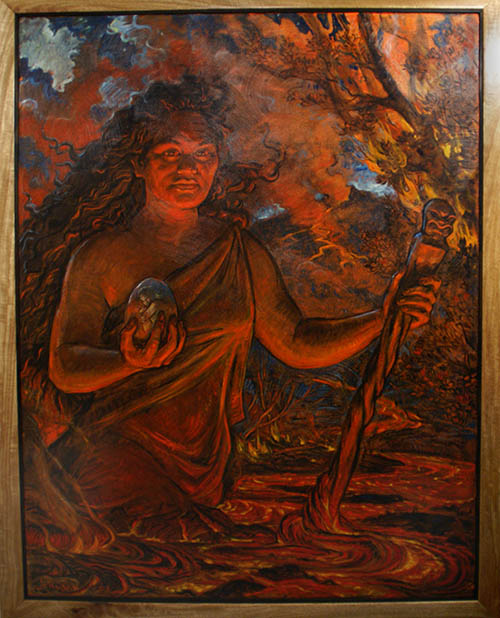 The commissioned exhibit painting of the volcano deity Pelehonuamea, selected by an advisory group of Hawaiian elders from 142 submissions by artists across the archipelago. 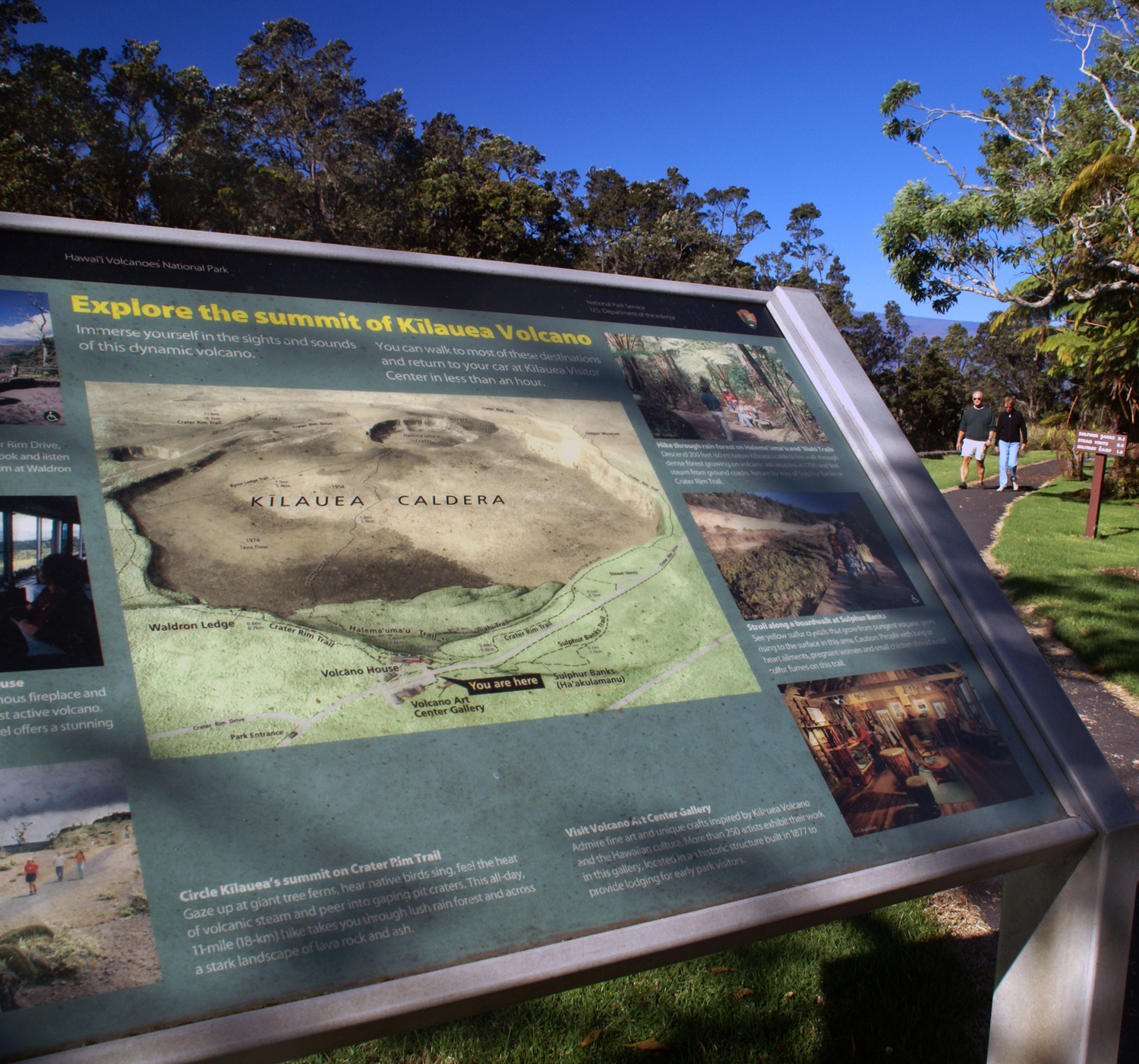 One of numerous outdoor exhibits throughout Hawaiʻi Volcanoes National Park.

Tom also coordinated two cultural art projects commissioned for the visitor center—a new painting of the Hawaiian volcano deity Pelehonuamea and a tall lava rock and wood sculpture for outside the visitor center that acknowledges Kilauea and Mauna Loa as important wahi kapu or traditional sacred places. He also advised the park’s Chief of Interpretation on various cultural, administrative and interpretive matters, including new signage ideas for outdoor exhibits later placed throughout the park. 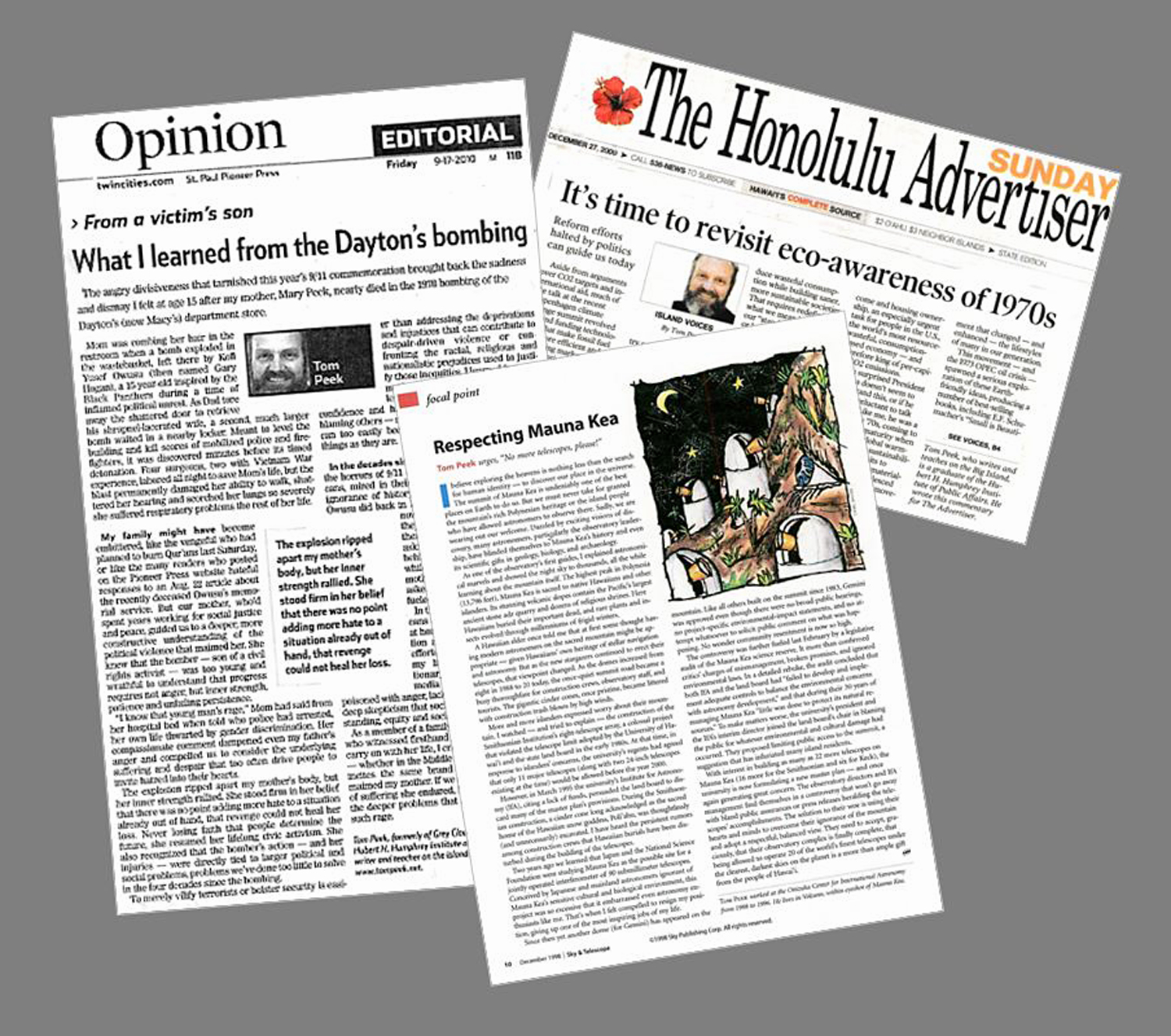 Even as a young man, Tom wrote political and social commentaries for major daily newspapers whenever events moved him to do so. Opinion page editors published virtually all of them.

In Honolulu, his commentaries have appeared in the Star-Advertiser, Star-Bulletin, Advertiser and Civil Beat; in California in the San Jose Mercury News and Sacramento Bee; and in Minnesota in the Minneapolis Star-Tribune and St. Paul Pioneer Press.

A number of Tom’s commentaries illuminate the longstanding controversy over telescope development on Mauna Kea. In 1989, at the request of Sky and Telescope editors, Tom wrote a Focal Point commentary about the intensifying controversy, the first national and international article published about the cultural clash.

Read some of Tom’s newspaper commentaries:

CLICK HERE to read one of his Mauna Kea commentaries:
“Hawaiians, mountain in ‘Avatar’-like struggle”

CLICK HERE to read his commentary about terrorism:
“From a victim’s son:
What I learned from the Dayton’s bombing”

CLICK HERE to read his commentary about the 2021 U.S. Capitol attack:
“Neglected problems lead to insurgency”

Tom, a former newspaper photographer, took up video production in his late twenties and wrote, shot and edited a number of video pieces. Some won awards, including his University of Minnesota documentary “Dilemma on the Duschee” and his ice-bound tribute to Lake Superior “Frigid Images of Superior,” both shown widely on Twin Cities and other Minnesota public access stations. 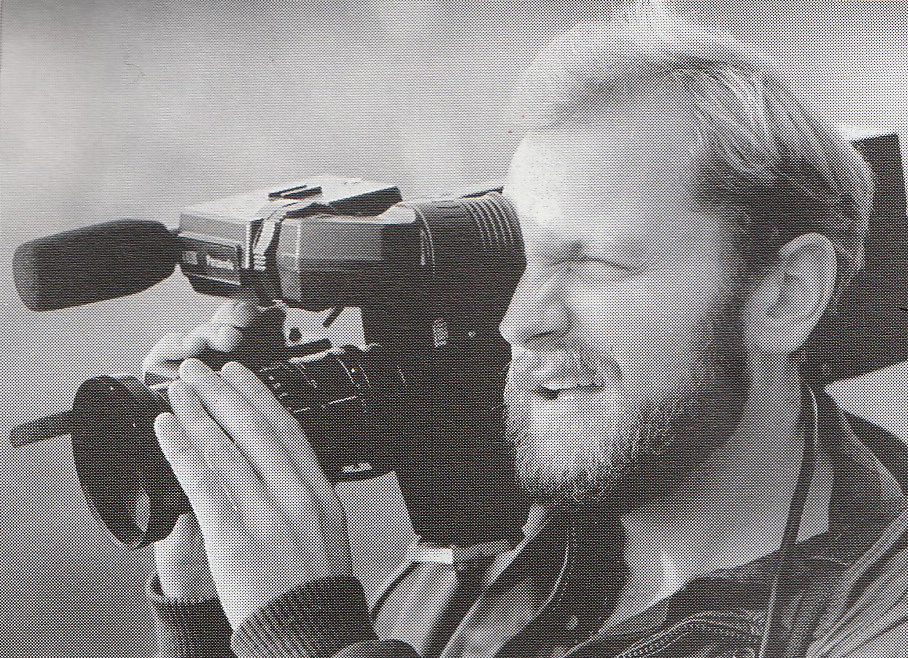 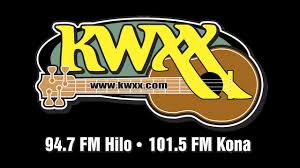